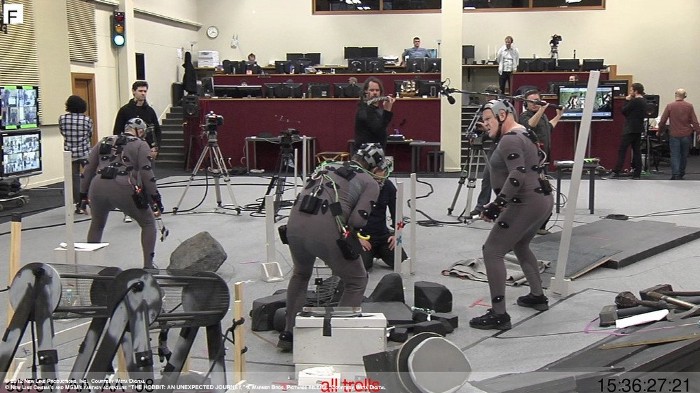 This post was originally added to Medium in Jan 2019

At the end of year 2016, I came back to Spain from New Zealand after having worked tirelessly for a year on an amazing visual effects company called Weta Digital where I participated in no less than 15 movies as a programmer and support technician in the animation department, litteraly ten meters away from the stage where Peter Jackson recorded The Hobbit or the motion capture for The Planet of the Apes’ new franchise. The best technology, the best actors and artists of the world come here many times a year to work on Visual Effects and change those ugly looking costumes with amazing 3D imagery.

"Why did you come back?" Everybody asks me the same question. Here's why...

It was a great achievement, anybody who knows about the visual effects industry would agree with me, and it happened far too soon. It is an ubiquitous goal for every vfx artist I know, for somebody who has been working for 10 or 20 years. When you tell about your experience, they are all amazed about your stories and dream about working there. That is why I felt a little guilty of it when they told me that they wanted me to go and work with them, after around just 3 years of experience. It is not much, I know, but it was 9+ years of studies, an engineering career and a masters degree. I don’t know if I deserved it, but honestly It took a long time to get there anyway.

Instead, most of the programmers I know have no idea what those companies are. There are not many programmers out there who love cinema and specifically want to work on movies like those. No computer sciencist want to apply that knowledge to a world that nobody talks about when you study your career. The graphics subjects, in fact, were removed as the years passed by. When I reached the end of my career only an introduction to 3D graphics was left. My job was very unique, indeed. And they had difficulties finding profiles like mine. I was lucky to have done exactly what they needed. 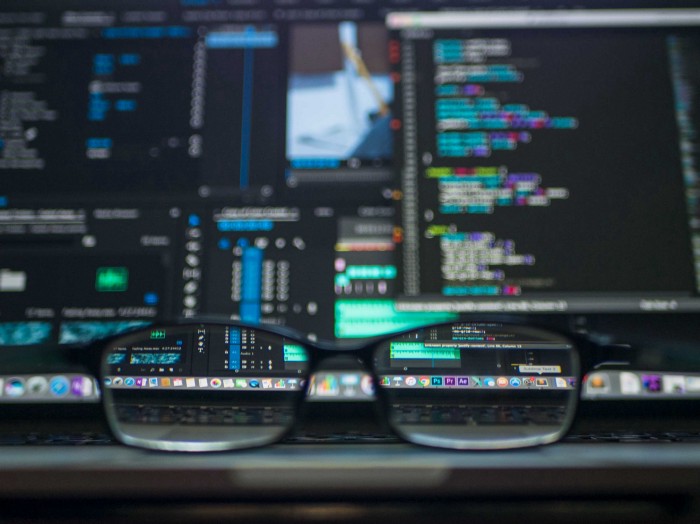 “Why did you leave? Are you out of your mind?”

Well… Sadly, most of them cannot understand what I talk about. It was enough time to be away from friends, family. Nobody could come visit me and I never had enough time to do so. I didn’t care about how much money I was making. I was living abroad. It was not home.

Well. If you wonder why, let me show you in a more visual way. This is how far I am from home: 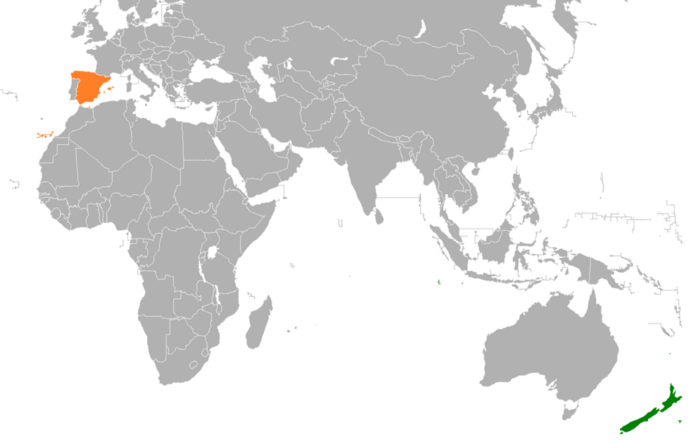 Leaving a place like that is embarrasing when you feel you were doing great, the place was awesome, the people was amazing and the experience was unique and a goal for so many great artists. I had access to most of the buildings, I got to know people from every department, I enjoyed a private cinema… But professionally, in my point of view, programming is the same wherever you go. People know the same things, do the same wrong things and the same great things, use the same software, the same coding style and have the same problems.

In Weta Digital you can find “la crême de la crême” of the digital artists’ world, they are all carefully selected out of the mud. Instead, you can find fine programmers anywhere, (great ones are less common) even in the smallest project. That is why nobody understands that you could be working on a great environment but what you do as a programmer is exactly the same working on a small studio in Madrid, Spain, than in a huge studio where many top movies are finished. In fact, it is less interesting because what you do does not matter much. Our stuff will not be seen in the movie, will not be valued outside of our department and will be forgotten, and you are not allowed to touch more than what they put in your hands. In fact, most of the time your name will not come out in the credits. From the 15 films I participated, only on two of them my name was shown because I didn’t spend that much time on them or just because they only had several spots for names available for our department and obviously the seniors got their names on it. But, seriously, I don’t really care about that. It’s just the truth.

In fact, working as a programmer in visual effects or animation in particular is something relatively new and not as satisfactory professionally, in my point of view: the truth is that most of the programmers come from hybrid areas, sometimes a little technical, where they know very little of software engineering and they started using a little Python here and there, ignoring some key knowledge that you discover via a Computer Engineering career that trains you for 5+ years (in my case 7 years) how to fail again and again and build all sort of things from databases, websites, a cache memory using circuits and even creating your own programming language.

I’ve known extremely talented and self-tought people that reached a very high level on their own, without any training but books and personal projects and are were more experienced than anybody else, reading all day long. But that is very unlikely. In general, you are not valued as an engineer, those years of work are not taken into account when they ask for your experience, unless you apply to a big studio. At the end, if you want to work on small studios, you find yourself surrounded by people who know a lot about 3D but very little about advanced topics, mathematics and software engineering, and you end up doing what they do, because most of the times they are the seniors, leaders in the team and they are used to that. Or maybe I’m too negative, but in my animation studios / vfx studios time I learned a lot about production, vfx, animation, but I “unlearned” many things related to programming that nobody understood to a level where I came back to work on more difficult projects afterwards and I had forgotten too much.

What happens when you come back home

So coming back home is great… but being unique means that you have less oportunities, instead. Visual effects is a rough industry, even when you live in the place where all the studios are located in your country, like I do, you could have difficulties finding a place to stay.

Technical positions are stable. But they are stable in big studios that work for several movies at the same time. Where I live everybody is fired after the project is finished, even when technical profiles are needed before a film production starts again. There is not money left or maybe the managers don’t understand why they needs technicians before starting the production, and you have to begin looking around. For us, that means, moving to other cities or countries. I didn’t want to. 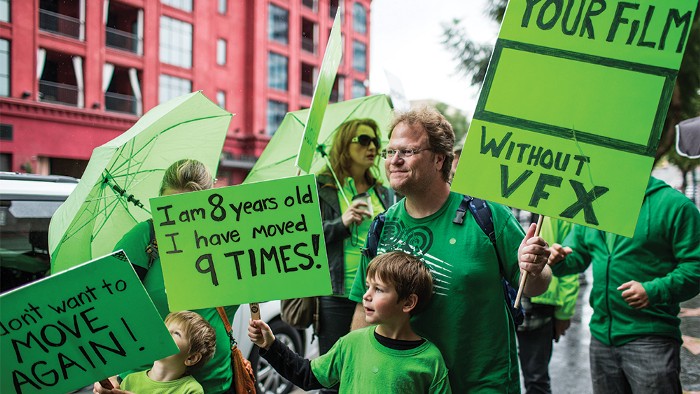 After I came back, I created my own studio at home with my partner and started working on our projects but after two long years I felt the urge to come back to what I loved. Moving around a studio and watching what an illustrator was doing… an animator was working on… I missed that. I wanted to help make new moving images again.

That is why I spent last summer going to events, talking to people, doing interviews and having a lot of people around me very interested on what I was doing, specially because I had been in Weta Digital… but after a while I got tired of waiting for answers, not specially because they wasn’t interested in me, but because they were not hiring at the moment, plans changed, they had not enough money to have a technical profile in the team, or didn’t have enough work to give me and they felt bad to pay me less than what they thought I expected. I told them I could work remotely for some hours, that I could do other stuff that I loved and be an artistic profile too so I would be more useful.

The problem now was that, just after just a year doing the same I already did, they thought I was too experienced for them. They thought I wanted to be paid as a high-level professional who just came from the Mecca of visual effects and they started rejecting me because they were affraid of what I would ask for. They just took it for granted and didn’t ask.

What they don’t understand is that I love so much what I do that I came back from the pinnacle of everybody’s dreams to come back home, leaving all those oportunities behind (London, Vancouver, Los Angeles, Singapur, Sidney) because I wanted to be a human, I wanted to have a family around me and work on improving our little industry… and I wanted to grow my own vegetables, for God’s sake!. 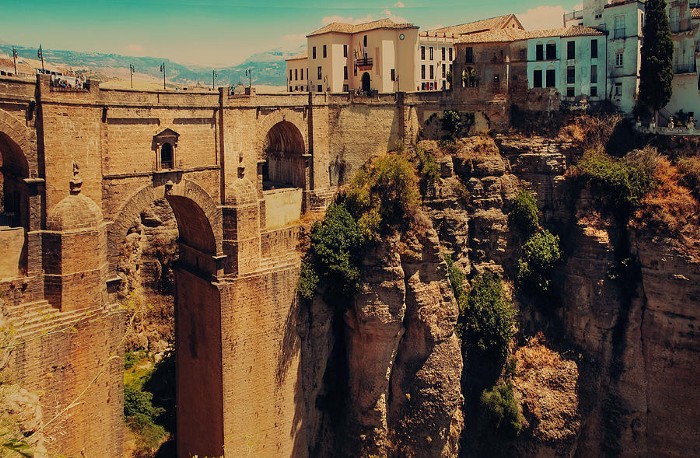 It is hard for a programmer to be valued in the visual effects industry when the industry is small in your country. That is why you have to move around and find other areas as I did. I finally opened my arms and moved to the videogames industry this time. Not only that, I moved to the simulation industry, something that I’ve been evading for years has come back and it is extremely promising and stable, and plenty of jobs arise everyday.

I’m helping with real problems, in particular, building logistics simulators to teach real people how to use those machines. Not as boring as it sounds!. Programmers like me find joy in what they do day to day, not what their job is used for afterwards. I’ve been learning Virtual Reality, Unity, Unreal Engine, at last using all I learned about graphics that I could never use, even optimization, that I seriously enjoy. And above all, I’m sharing my time with other programmers that are really valued and are more experienced than me. Seems like I spend my previous years in another dimension, but having worked at the movies gives you a great graphics and production background that nobody is used to. Everything is good.

Evolving is great. I’m happy I evolved. The only thing that I hope is that if I ever go back to the movies people understand this is all the same experience for programmers, not like if an artist is used to “cartoon” style or “realistic” style. It is better, not worse. It’s not a big gap in visual effects experience. Programming is just learning new technolgies, helping things get done, evolving, and sharing your time with other professionals.

Just don’t stick to whatever you know. Learn new stuff, surround yourself with professionals who really care about it, and evolve!